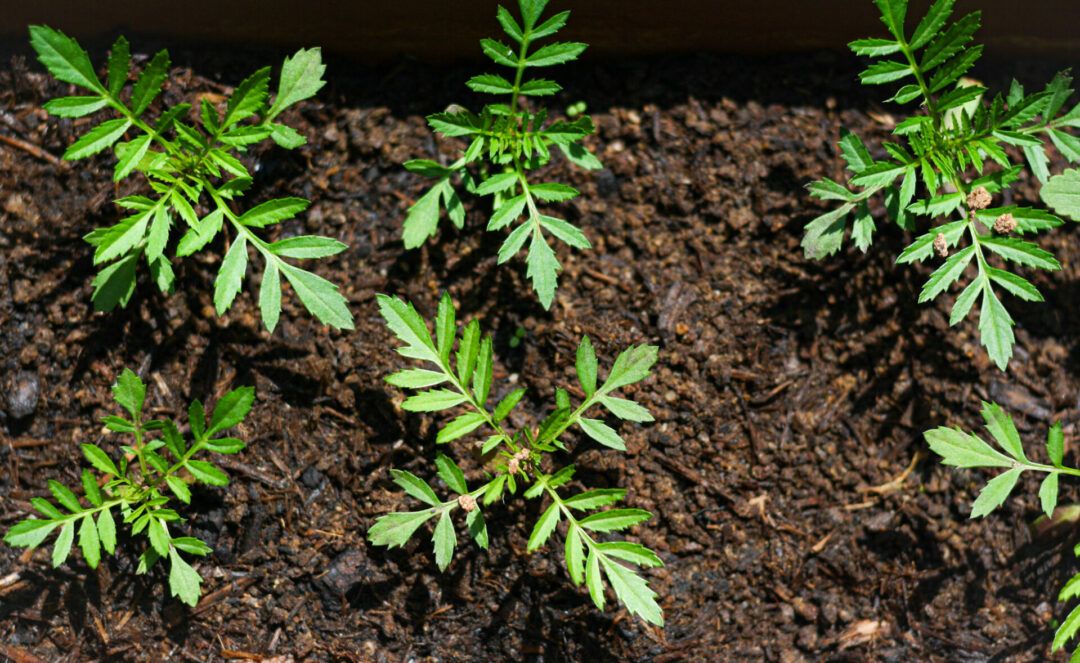 Two weeks ago, I went to tend my allocated garden plot to transplant saplings of dye plants into the Earth. The field was readied for gardening five weeks ago, but what awaited me was a jungle of weeds instead of a prepped garden plot. The rainy weather a week prior helped the seeds hidden in the soil, patiently waiting for the ideal conditions to sprout. All of the efforts to prepare the garden bed had been for nought.

I should have covered the prepared garden bed with garden vlies or cardboard to prevent weed growth. 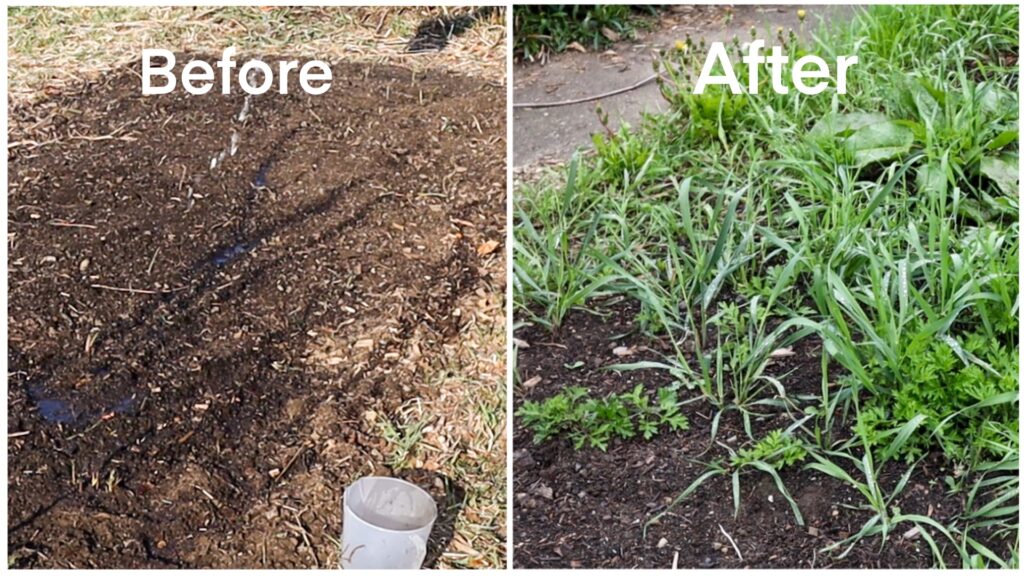 I realised after seeing the garden what kind of persistent perennial weeds exist and what my next course of action should be to tackle this. So I spent an hour hand weeding, hoeing and digging up annual weeds and large plants. However, I didn’t attempt to remove the persistent couch grass from the roots because I knew it would be counterproductive. In fact, the more you try to get rid of them, the more likely they will return with wrath. Thankfully, there is a much more effective way to tackle it: Clearance mulch.
The principle is simple: to grow, all plants require light, and without it, they will perish. This implies that if you cover an overgrown plot with a material that blocks the light, it will lead the weeds to perish eventually. 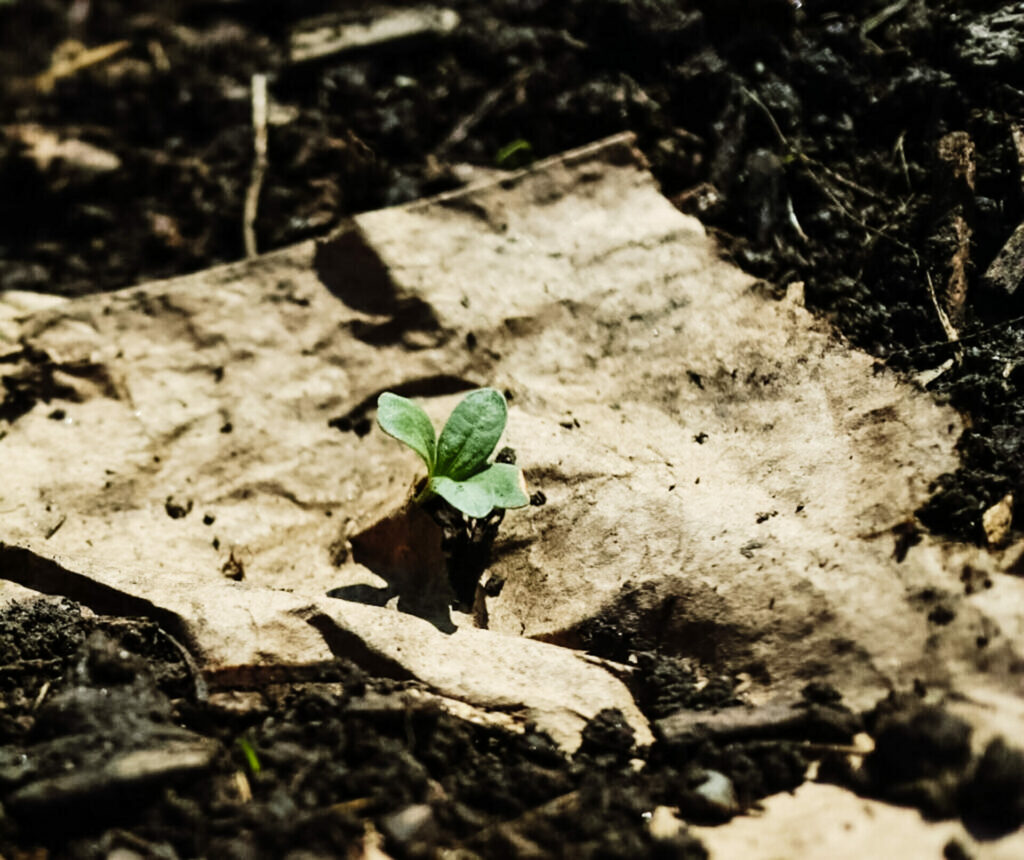 The soil around the sapling is covered with cardboard

I utilised cardboard without printing ink to cover the soil around the saplings; it is a free resource and, unlike landscaping plastic, it enables water and air to pass through, allowing soil life to thrive. Because some of the saplings were so small, I merely covered a portion of the soil bed with cardboard. I’ll let the saplings grow a little taller before I repeat the process to inhibit weed development. 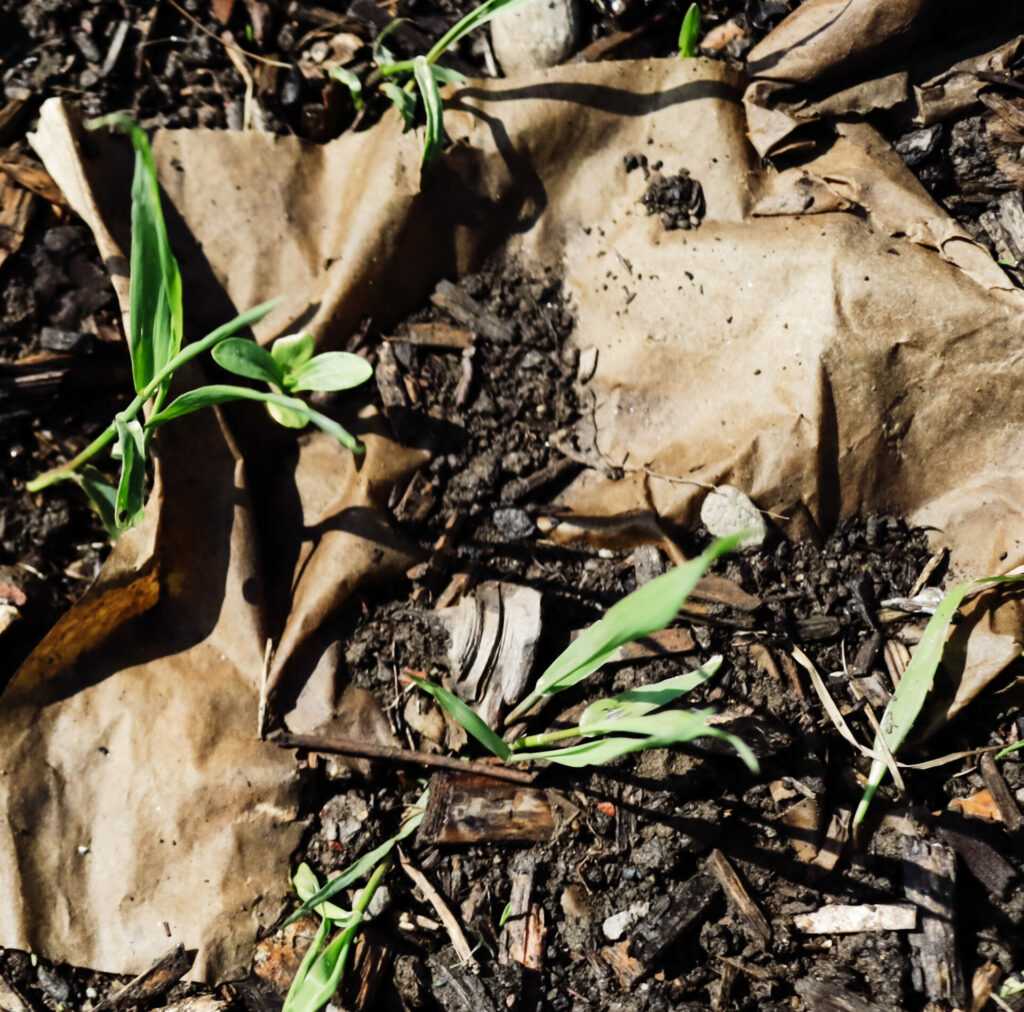 Couch grass making its way up through exposed soil

This week, the couch grass grew again where the cardboard was not covering the soil.  But this time it wasn’t much of a work as a bit of hand weeding did the job.

I also covered the soil with organic mulch and sprinkled it with universal garden fertiliser, and snail repellent. 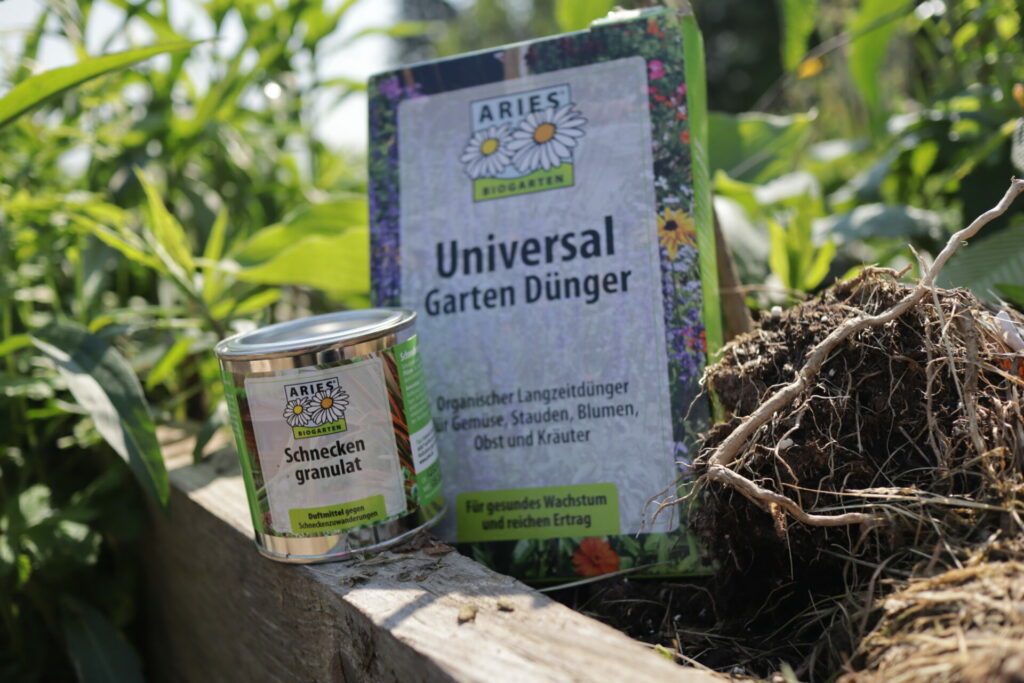 I also sprinkled used organic coffee grounds around the saplings. It’s not just a snail deterrent but also acts as a great fertilizer. Additionally,  I also sprinkled some store-bought ecofriendly Snail repellent  ( because I ran out of coffee grounds) that is composed of lava fragments infused with Lavender and other essential oils. It does not contain iron phosphate, which is the most commonly recommended product and isn’t really environment friendly. 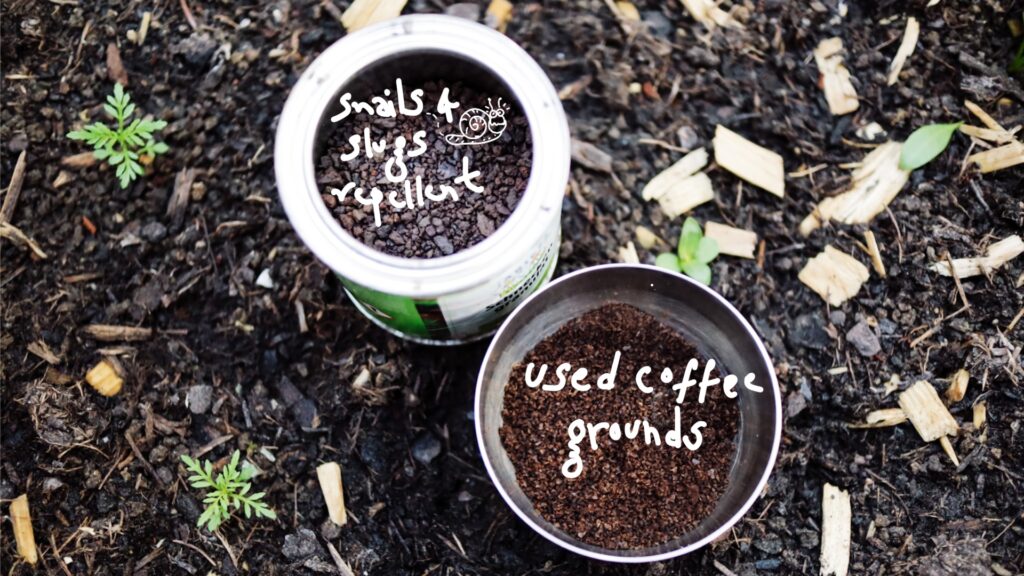 The saplings have not had a significant growth spurt, but they are in good health. The dye plants I’m cultivating on the balcony, on the other hand, are much taller. In my next blog post, I’ll share the progress of growing a natural dye garden on a balcony in containers. 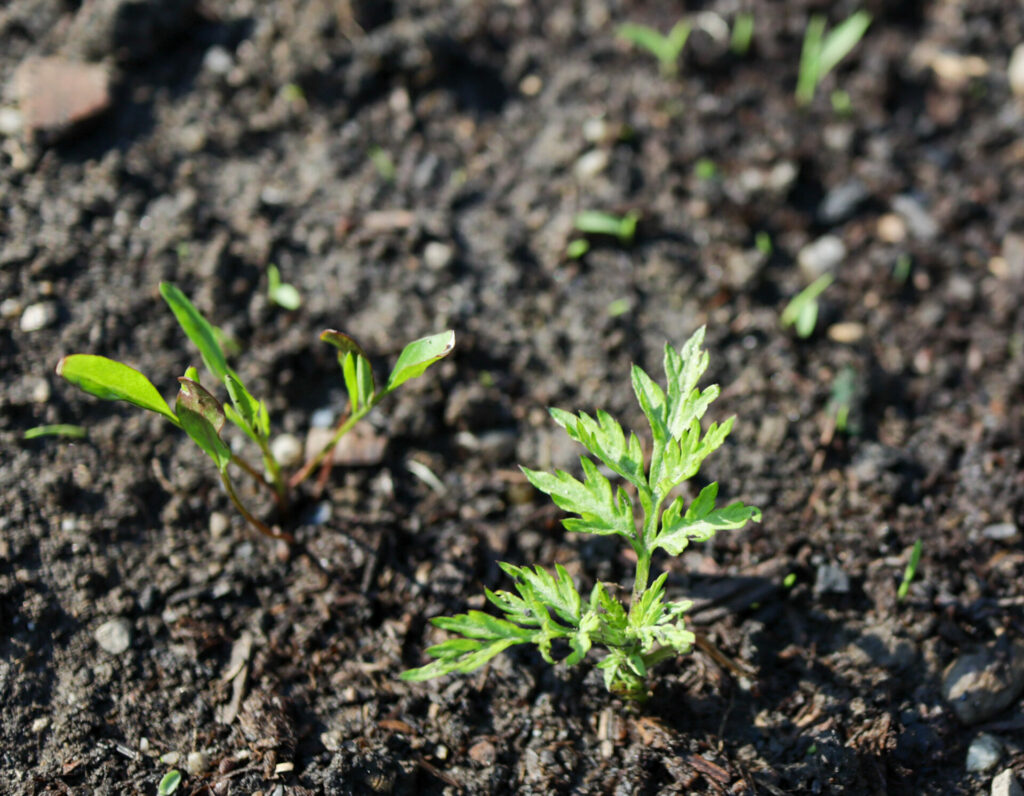 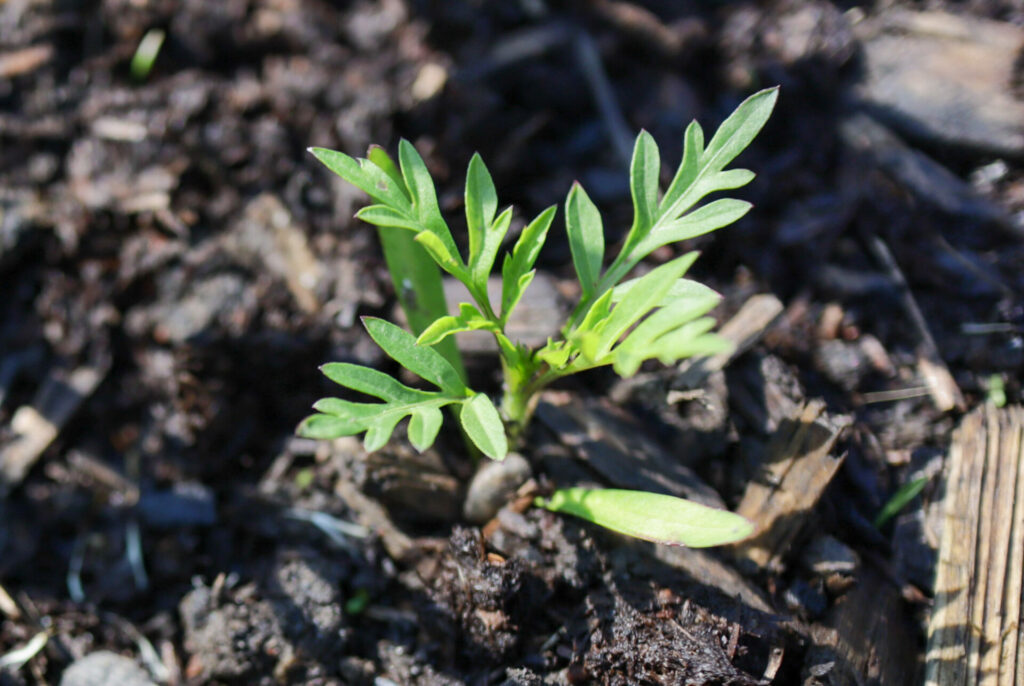 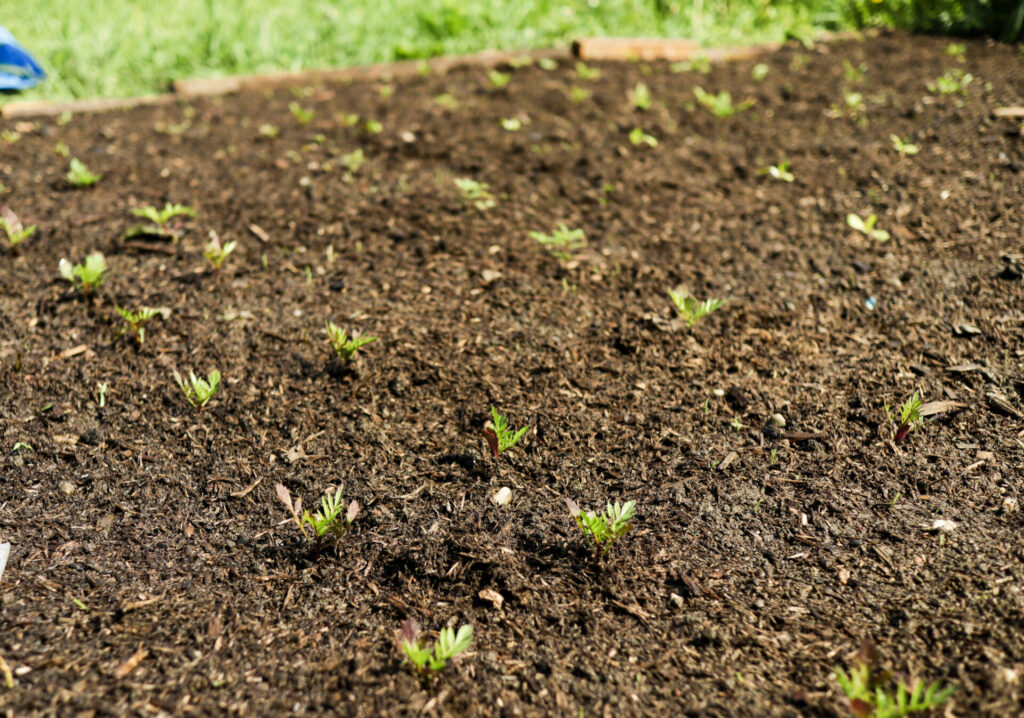 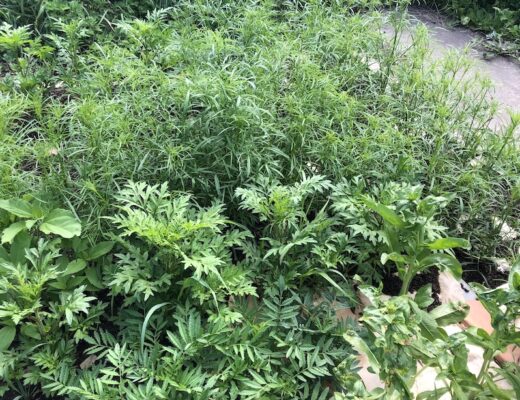 What’s happening in my dye garden?!-Part-IV 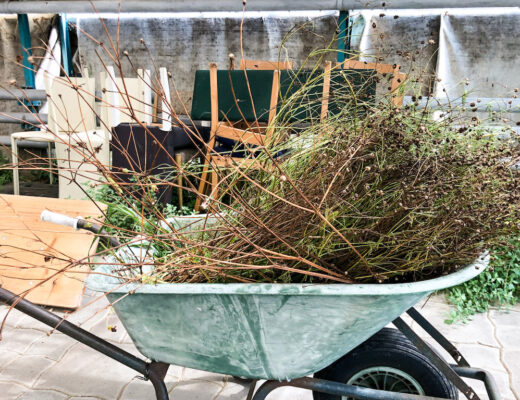 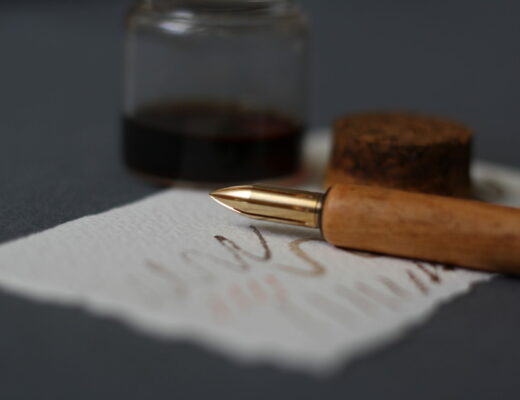 Which paper is best for writing with (Natural) inks?

About me and the blog:

Hello, I am Jyotsna, a scientist and sustainable watercolor artist currently based in Graz, Austria. Welcome to Lost in Colours, where my creative processes are deeply rooted in an endless journey of exploring, learning, and connecting with our natural world! 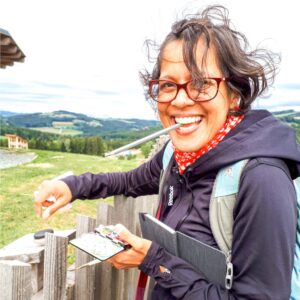 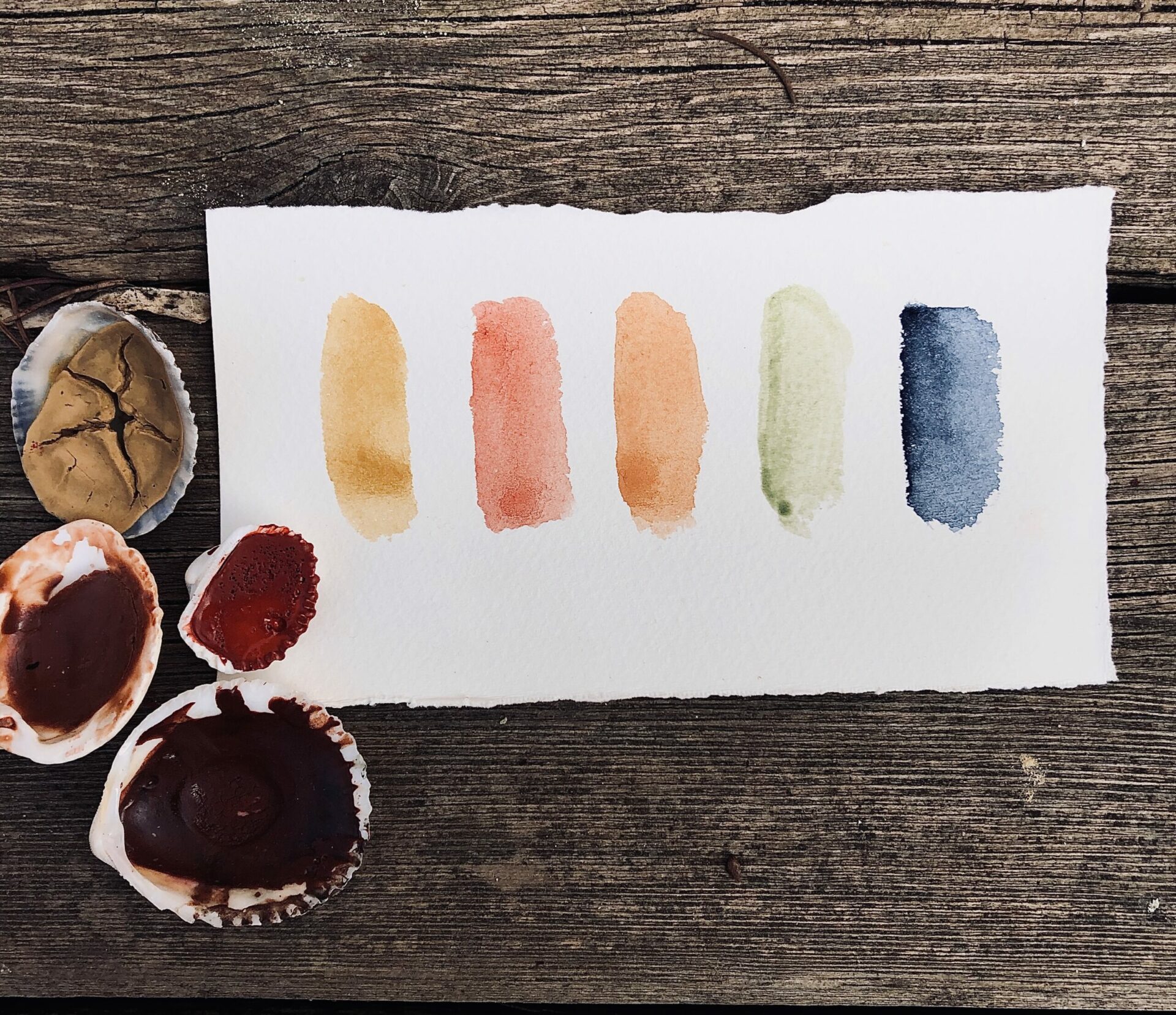 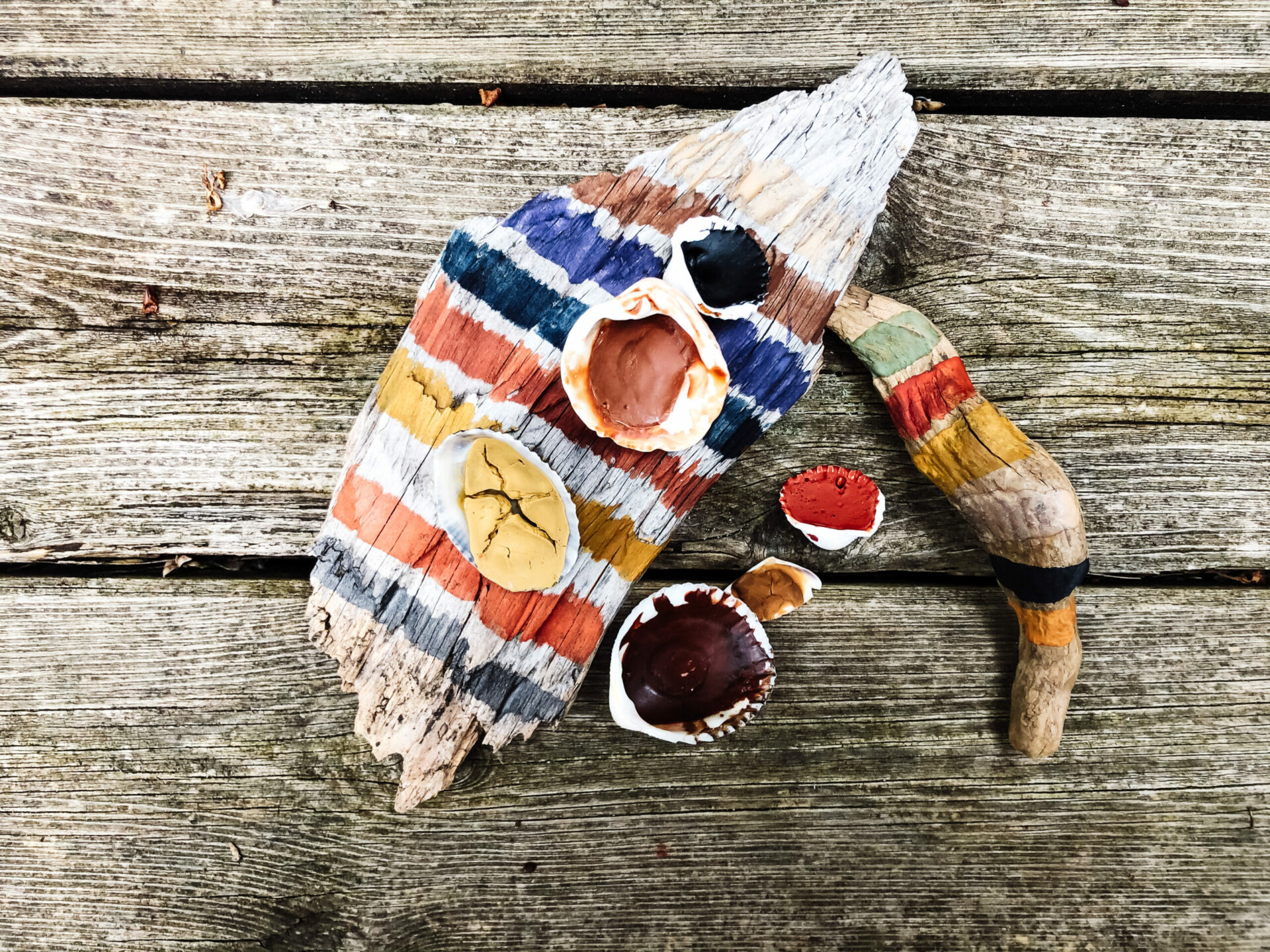 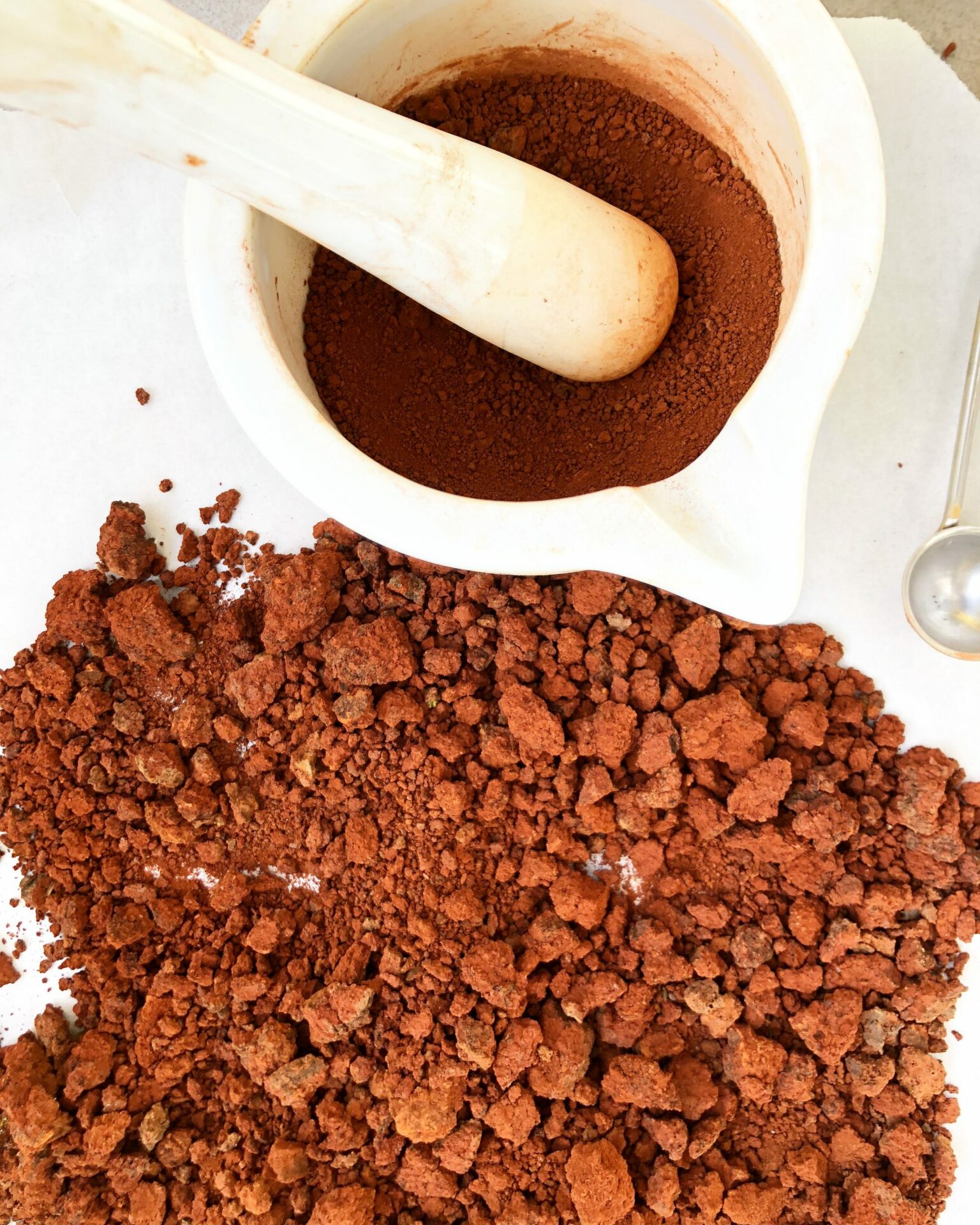 How to make natural pigments from foraged raw resources! 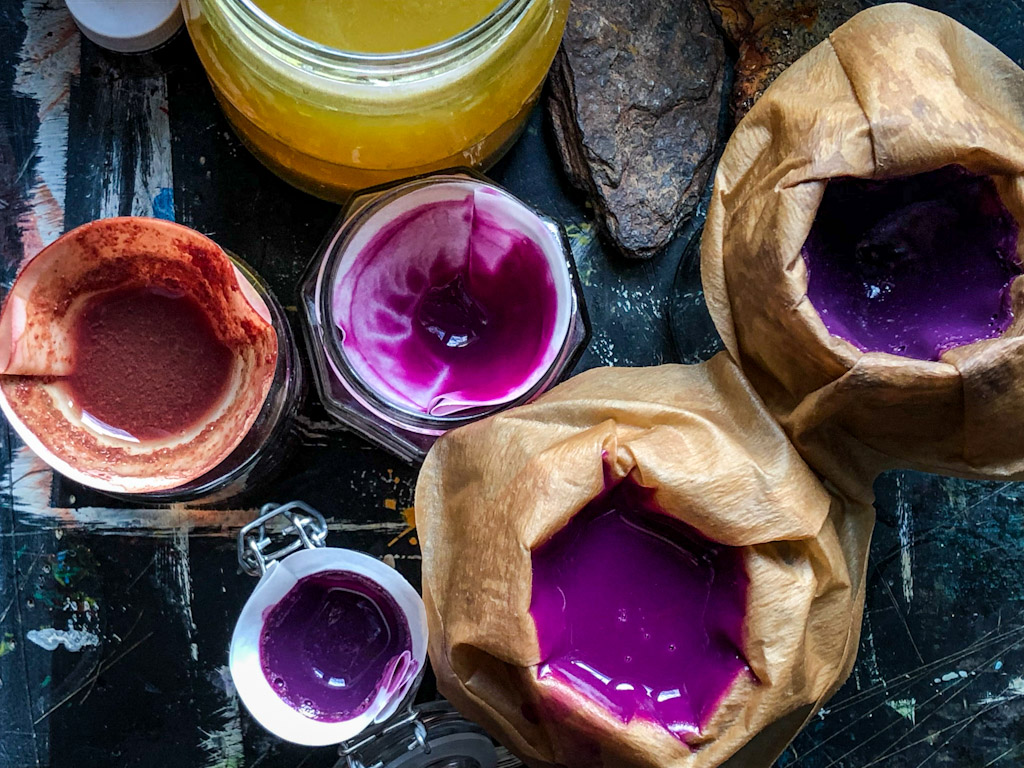 How to make Lake Pigments

Manage Cookie Consent
To provide the best experiences, we use technologies like cookies to store and/or access device information. Consenting to these technologies will allow us to process data such as browsing behaviour or unique IDs on this site. Not consenting or withdrawing consent, may adversely affect certain features and functions.
Manage options Manage services Manage vendors Read more about these purposes
View preferences
{title} {title} {title}